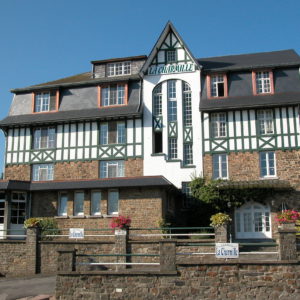 In the 18th century, the farm Hardy-Malherbe, among other purposes was used as a depot by the postal service.

By late 1900, Emile Hardy decided to extend the farm and a number of buildings to create an hotel (due to the fact that tourism in the area was increasing). The hotel was named  Hotel Charmille. In the years to follow he expanded the hotel. These days the hotel functions as a home for the elderly.

We use cookies to ensure the best experience on our website. If you continue to use this site, we will assume that you are satisfied.I understoodPrivacy policy